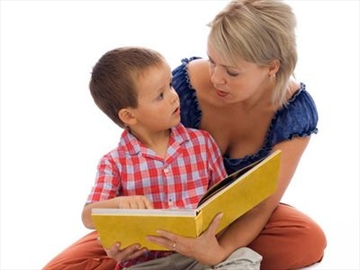 What is speech and language development?

Speech and language are the skills we use to communicate with others. We form these skills during the first years of life. By age 6, most children learn the basics. Try to talk and read to your child often to boost these skills.

What is the difference between speech and language?

Speech is making the sounds that become wordsthe physical act of talking.

Language is our system of using words to communicate. It includes using words and gestures to say what we mean, and understanding what others say.

When do speech and language begin?

Infants start learning in the womb, where they hear and respond to familiar voices. The fastest learning occurs from ages 2 to 5 years.

Speech and language milestones help tell whether a child is developing as expected. Milestones are certain skills, such as babbling, saying "mama" or "dada," or putting two words together. Usually, a child needs to master one milestone before reaching the next.

Babies usually start cooing at around 2 months and are babbling by about 6 months. A child usually speaks in gibberish, called jargon, by the first birthday. At 15 to 18 months, a typical toddler understands much more than he or she is able to put into words. Starting around 18 months, many children have a burst in talking. By 24 months, children tend to use at least 50 words and are also starting to use two-word phrases.

Keep in mind that the age at which children reach milestones varies from child to child. Some children, especially girls, are advanced. Others develop more slowly.

What helps a child learn speech and language?

A child who is surrounded by speech and language all the time usually learns language skills faster. Talking to and reading to your child will have a big effect on how well your child is able to communicate later. Children who are seldom spoken to or read to usually learn to talk later than other children their age.

Why do speech and language problems develop in some children?

Sometimes there is a reason that a child has a speech and language problem. For instance, a child may have a language delay because of trouble hearing or because of a developmental disorder such as autism. Often, there is not a clear cause.

When should you talk to your child's doctor?

Your doctor will check your child's speech and language skills during regular well-child visits. But call your doctor anytime you have concerns about how your child is developing.

Mild and temporary speech delays can occur. Some children learn new words faster than others do. But if your child is not saying words by 18 months, or says fewer than 50 words by 24 months, talk with your doctor.