Ringing in the Ears (Tinnitus)

Ringing in the Ears (Tinnitus) 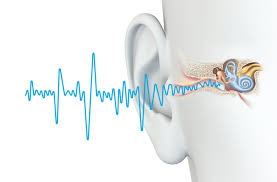 Many people experience an occasional ringing (or roaring, hissing, buzzing, or tinkling) in their ears. The sound usually lasts only a few minutes. Ringing in the ears that does not get better or go away is called tinnitus. You may hear a sound, such as a ringing or roaring, that does not come from your surroundings (nobody else can hear it). The sound may keep time with your heartbeat, it may keep pace with your breathing, it may be constant, or it may come and go. Tinnitus is most common in people older than age 40. Men have problems with tinnitus more often than women.

See a picture of the ear.

There are two main types of tinnitus.

The most common cause of tinnitus is hearing loss that occurs with aging (presbycusis), but it can also be caused by living or working around loud noises (acoustic trauma). Tinnitus can occur with all types of hearing loss and may be a symptom of almost any ear disorder. Other possible causes of tinnitus include:

Most tinnitus that comes and goes does not require medical treatment. You may need to see your doctor if tinnitus occurs with other symptoms, does not get better or go away, or is in only one ear. There may not be a cure for tinnitus, but your doctor can help you learn how to live with the problem and make sure a more serious problem is not causing your symptoms.