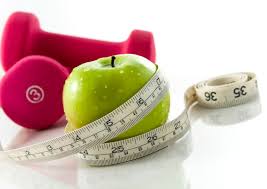 Whatever you do, don't tell Jaci that you can tell she's been on a diet. The 30-year-old mother of two feels strongly that losing 65 pounds over 4 years was the result of permanent lifestyle changesnot dieting.

If you're looking for an example of how making small, gradual changes can make a big difference in how you feel and look, Jaci's the one to turn to.

Jaci says she was watching her two boys grow and felt like she was missing out. "I was too shy, too self-conscious to go out and do anything," she says. "I didn't like meeting new people. I didn't feel good. I didn't feel like me. I didn't want to go to the park."

So she started eating smaller portions, and she cut down on fast foodslittle steps that still allowed her to eat some of her favorite foods (like french fries, cheesecake, and chocolate chip cookies) once in a while. And she started exercising.

She lost about 50 pounds and then hit a plateau. "I got stuck for a year," she says. "It wasn't a big deal, because I felt like I was maintaining it. I think my body just got comfortable where it was at."

Getting through those plateaus

For Jaci, more exercise was the key to breaking through plateaus. Her two boys started football, and she began walking and running around the track while they practiced. "Instead of going home like a lot of people do, I do the track while I'm at football practice."

Now Jaci tries to exercise at least 5 days a week. When she's not running around a track, she uses an elliptical exercise machine, a treadmill, a recumbent bike, a regular exercise bike, and weights. She also has a gym membership. She varies her exercise throughout the yearrunning track when her kids are in football practice and playing basketball with them when they have basketball at school.

Ask Jaci what has helped her lose weight, and she rattles off the list:

The key to success

What has been most important to Jaci's success?

"Sticking with it. I know people who have lost 100 pounds in a year," she says. "It's taken me 4 years, and I feel like I know how to do it and I know what I'm doing. I feel like I have a better chance of keeping it off.

"I don't like to say I can't have something. That's when I feel it's more a diet than a lifestyle change."

The importance of support

Jaci is part of a weight-loss program with regular weigh-ins and meetings. "That's a big thing for me, being held accountable."

She likes to go to the meetings for "the ideas and the struggles. Seeing other people go through the same thing is probably the best part about the meetings."

"Once people started noticing and saying, 'Wow, you look great,' even after 10, 15 pounds that gave me the confidence to know, 'Hey, I can do this.' "

Jaci's story reflects her experiences as told in an interview. The photograph is not of Jaci, to protect her privacy.

For more information, see the topics: